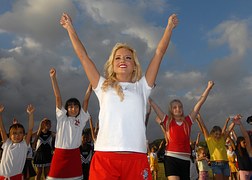 Roe (24) recently graduated from college, but is struggling to find himself and is unemployed. He claims that he mainly cares about earning a lot of money. However, currently, he lives at home and is supported financially by his parents. His father and him constantly fight and argue. His father thinks that Roe is “immature, unmotivated, and lacks a sense of responsibility.”

In today’s culture, the transition from your 20s to 30s has become complicated. Historically, people married, had children, and built a career at a much younger age. However, today’s young adults have so many options, and they often prefer to just have fun, live at home, and live “carefree.”  Simultaneously, there is still social pressure on people to be financially successful in an early age (for example, Mark Zuckerberg, the inventor of Facebook) and so many experience anxiety and fear of failure from this competitive environment.

Dr. Meg Jay, a clinical psychologist and author of “The Defining Decade”, argues in her book that a new transition stage from childhood to adulthood has been created in modern society, where young people refrain from making long term commitments and decisions about their lives such as career and relationships. However, she argues that a person’s 20s are a defining moment that will lay the foundation for the rest of their lives. Hence, it is a mistake for young people to take these vital years for granted, delay important life decisions, and hope that their 30s will be bring them answers. Inspired by Dr. Jay’s scientific research, my conversation with Roe focused on three issues. First, Roe was asked to attend our sessions without his father so he could view himself as an independent adult and was asked to share the payment for a third of the sessions out of his own pocket.

Second, Roe learned that he needs to practice making important life decisions. For example, Roe says that he is not ready for marriage and family life, but he should still seek out a relationship and intimacy with a partner to prepare him for a future long term relationship. He may not have yet found a professional career, but it is still important that he work and experience different employment environments that interest him instead of temporary ones that may bring more money in the present but will not help him gain professional skills for his future. To address this second issue, Roe and I discussed his professional interests and aspirations. Although a well-paid career is important, it is equally important to find a fulfilling and challenging career, as most of us will spend a significant amount of our day at work.

Third, Roe only interacts with people he already knows, and does not attempt to create new relationships and friendships.  For his “homework assignment”, Roe was asked to try and connect with a new person (or someone from his past that he has not seen in a long time) once a week. The ability to make friends and form new connections is very important for networking and advancing professionally.