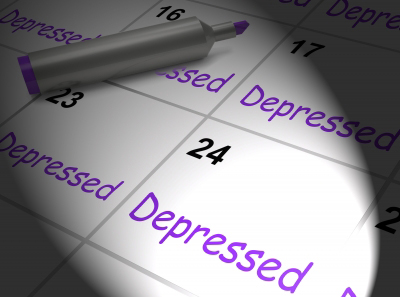 Is there a “Perfect Child” ?! The following is a translation from Hebrew of an article I published in the IsraPost newspaper  . in which I offer instead of the above, the concept “good enough child”…

Ran, a 16 years old, is a high school student. He was referred to me by his mother that claimed that almost everyday Ran comes home from school and immediately shut himself in his room. He rarely takes part in household tasks, is concentrated mainly on himself and what happens to him, and has minimized communicates with his brother and parents. According to her, Ran goes out with his friends, but relatively less than an average child in his age.

Ran’s mother fears he suffers from depression. She tries to speak with him nicely and sometimes even not so nicely; she confiscates his cell phone. Ran reacts angrily to her. She does not know what to do and is very worried. Ran agreed to come to therapy together with his mother. His mother waited outside as we met. I praised him for coming to therapy as part of improving the relationship with his mother (adolescents are usually not as willing to come to therapy as adults).

During the sessions Ran said that his mother is very “on top” of him. He says he always had a few good friends and has never liked big parties. He prefers to go out with a few friends or hang out at home. Currently, he continues with the same behavior, but it is not enough for his mom. It makes him angry, causing him to resist, so he says: “ I do not let her enter my room”.

I suspected that Ran was not depressed, but is behaving as a typical teenager; he is busy searching for his personal identity, particularly his social identity. A number of therapy sessions showed that Ran is rather a social person. Although he rather goes out and spend time with a limited number of friends, he is sometimes peer pressured to attend large parties. Furthermore, he is interesting in going out with girls, but has a hard time initiating contact with them. He realized that his mother only wants what’s best for him, but stated that “she treats me like I’m still a little boy, she tells me what to do and with whom. Such behavior causes him to stay away and avoid social connection. As part of the therapy we conducted role-play in different social situations and also practiced different ways to communicate with his mother, substituting anger and resistance for assertiveness for independence.

As the famous professional concept “ good enough mother,” by the psychiatrist Donald Winnicott describes a mother who puts her child’s needs before hers, adapts to the needs of the child, and learns to gradually allow the child to gain independence, the psychologist Anat Harari describes a parent-child relationships during adolescence in her book Good Enough Child. On the basis of the professional concept of Winnicott, she offers the concept “good enough child” to describe a child whose parents let him develop at his own pace and allowing him to be “good enough.” That is, allowing adolescents like Ran to search for personal identity, experience and even sometimes make mistakes on the way.

To read the article in Hebrew on IsraPost.