Do Marriage and Happiness Go Hand in Hand? 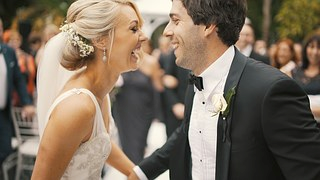 Not all marriages end up in divorce. However, research shows that 1 out of 2-3 couples will get divorced. Tamar and Jacob can not communicate without resulting in a fight, and it often starts with everyday things like who will clean the table after dinner, for how many years to take a mortgage, which school to send the kids, etc. Their communication is through confrontation and power struggle.

In the therapy sessions, Tamar says that she behaves as on “auto pilot” as soon as Jacob says something. Her mind is busy searching for an answer rather than to just listen to him. Jacob says he is not happy. Living with Tamar is not what he thought life would be like after he was married. His male friends simply tell him to get used to it as they do. Tamar and Jacob married nine years ago. They have been in a few couple therapy sessions few years ago, it helped for a short period of time, but they would start fighting again soon after.

What does marriage mean to you? What about happiness? A study conducted by Hoffman and colleagues showed that happiness does not happen in a vacuum, and in a relationship the happiness of one partner often depends on the happiness of the other spouse.

During the therapy sessions, listening and awareness to the different points of view of what happiness in a marriage is helped both of them to identify the source of the conflict. When Jacob blames Tamar, “I’m tired of you telling me what to say or do like I am a child” he started to be in touch with his feelings and than his reactions “I feel disrespected, humiliated and incapable. When I feel like this I start to be angry and aggressive”. Tamar learned to speak to Jacob in a way that he will not perceives as a command and react to it accordingly.

Conversely, Jacob learned that if he will ask for Tamar’s help and will not connect it automatically to “negative consequences” for example, ‘If you will not help me find the keys I’m not going out with you on Friday night “, Tamar will respond more positively and then he will react differently.

Research reveals that couples who share a mutual understanding of what happiness in marriage is, develop an open interpersonal communication characterized as generous, less aggressive and happier. Although a satisfied sex life was found to be a factor in many of these marriages, it was not a necessity for good marriage.